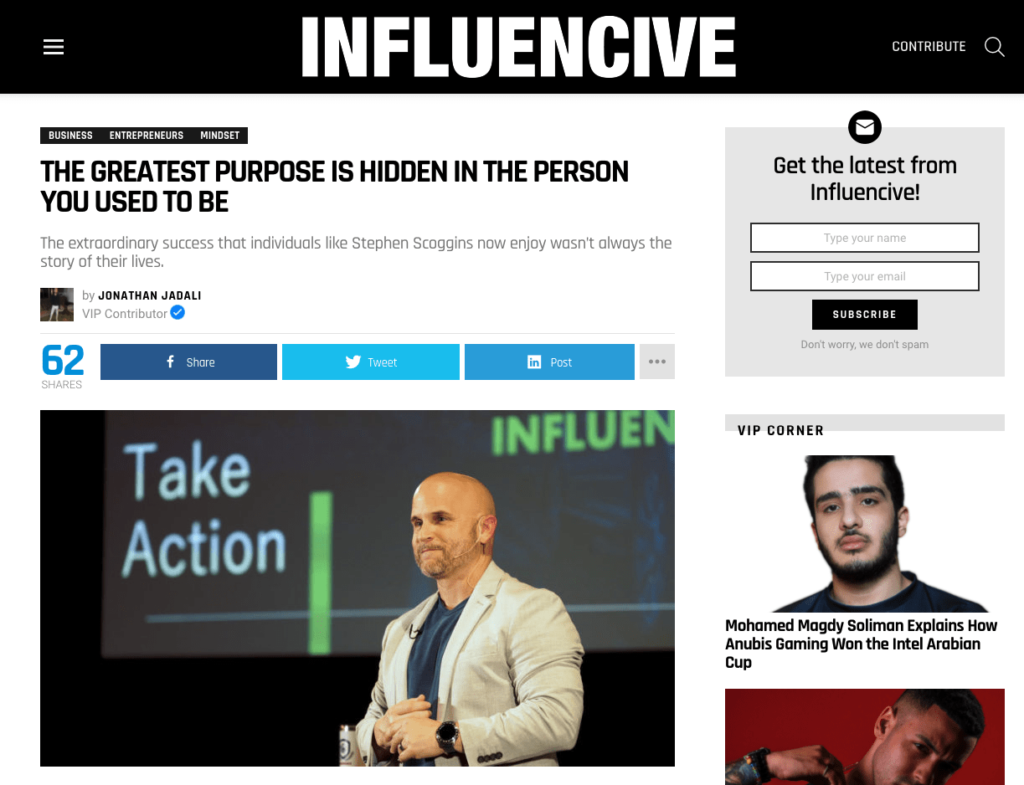 From sleeping in a car to constructing multimillion-dollar businesses, Stephen Scoggins is a spokesperson to individuals seeking entry to the entrepreneurial world. “What I would like to be known for is how many lives I can help to create positive changes within their lives. My heart is to create a legacy that outlives my existence by changing […]